The Danger of ‘Off-System’ Trades 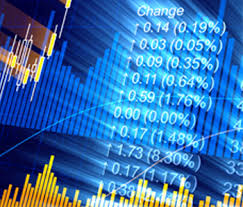 Off-system trades are an unfortunate side effect of front-office traders and originators trading ahead of the capabilities of their ETRM systems.

In the vast majority of cases, transactions executed by the desks can be accomodated as regular deal flow in the trade capture systems – allowing them to flow through the regular lifecycle processes of affirmation, confirmation, valuation, position reporting, tax application, settlement and so on.  These trades are effectively ‘on system’ – they’re executed and then captured in the official ‘books and records’ of the firm and are operationally managed throughout their lifecycle.

In these cases, the firm has a choice;

Neither of these options are ideal – and in many cases, firms end up with a combination of the two – booking a placeholder trade in the system, and then manually interjecting at points where the normal workflow cannot be followed.

One of the big dangers to be aware of is how much downstream activity takes place after trade execution – specifically for regulatory and compliance.

For example, an approximately booked trade should not go through the standard confirmation process (the fact that it is approximately booked means that a system generated vanilla confirm will not accurately cover the economics of this deal).  However, if this is a derivative trade under EMIR, the firm may have as little as 1 business day to complete the confirmation step.

Similarly, the deal may need to be reported to regulators under EMIR, REMIT or Dodd-Frank, meaning that the firm has to assign a unique identifier (USI, UTI) and report typically within 1 business day.  This data is then sent to regulators and may form part of a later investigation.  Sending approximate trades and placeholder records to regulators who are responsible for monitoring positions and market abuse is generally not advised.

On the flip side, keeping deals completely off-system means that they side-step all of the firms operational controls – they don’t appear on chase lists, they don’t appear within any uploads from ETRM deal capture to trade stores, P&L and position end of day snapshots, surveillance reports and the like.  It’s highly likely that off-system trades are against most firms trading policies – but that’s a seperate issue.

Another cardinal sin is to book multiple ‘ghost trades’ (firms don’t like calling these dummy trades) in order to effectively represent the P&L and position for the overall deal.  E.g. a physical forward and a vanilla swap to represent optionality within a complex deal.

This fixes one problem (P&L and position) but creates countless more – as you now have a series of trades which the market does not recognise, which need to be excluded from all other downstream processes – all of which events will now need to be manually processed.

Operations and compliance managers get scared when logic is coded into systems in order to exclude some types of trade from the regular control framework.  It creates a potential risk for abuse.

Whatever the case, trading asset classes and instruments that the internal IT systems cannot support is likely to lead to;

This article started with the aim of highlighting the operational and compliance risks of off-system trades.  Unfortunately, there will always be that grey area between trading desks chasing commercial opportunities and the internal IT systems and processes running to keep up.

By having a deep understanding of the impacts of off-system trading and having an approach that brings back some control and oversight – operations and compliance can work hand in hand to minimise the potential dangers.